Since the baguette was introduced to Vietnam by the French in the late 19th century, local people have developed the recipes and turned it into Vietnamese bread, bánh mỳ. The meat-filled sandwich is now popular throughout all regions of the country with different forms and types depending on its fillings. However, its main ingredients include pate, meat (pork, chicken or beef) and vegetables with a combination of condiments such as chili sauce, mayonnaise and cheese.

In Hoi An Ancient Town, the bread has been adapted by inhabitants to suit the local taste and become must-try food for tourists, along with cao lầu (noodles with roasted pork) and hoành thánh(wonton). While thịt nguội (cured pork cold cuts) are mainly used to fill in the bread in other places, it is filled with xá xíu (char siu, known as Chinese barbecue pork), xíu mại (meatballs), chả lụa (ham) and a mixture of grilled beef and pork in the former port city. In addition, the sauce makes the difference between the bread in Hoi An and in other areas. This is why tourists always call it bánh mỳ Hội An(Hoi An bread).

There are a number of food stalls selling bánh mỳ in the ancient town but you should be in right places to enjoy its real taste.

1. Bánh mỳ Phượng (Banh My Phuong) – Where to eat Hoi An bread

The small street shop draws more foreign customers and is included on Hoi An’s food map after American chef Anthony Bourdain described as a symphony in a sandwich in the TV series “No Reservations”. On tourism websites including TripAdvisor.com and Travefish.org, tourists call it the best Vietnamese bread in the world and recommend other people to take a bite there.

There are different types of the bread on offer depending on its fillings, which include Chinese sausage, jambon, pate, smoked pork and chicken. The key to its delicious bread is on the owner’s secret sauce. Many tourists do not mind walking under the sun about 10 minutes from the town centre to reach the famous food stall run by a woman aged over 80. Her bread is as famous as Banh My Phuong’s and customers call her “Madam Khanh – The Banh My Queen”.

The food stand served toasted bread with a variety of local fillings including roast pork, grilled pork, omelette and pate. The owner herself prepares the sauce with a secret recipe that creates the difference for her amazingly cheap and incredibly tasty bread. 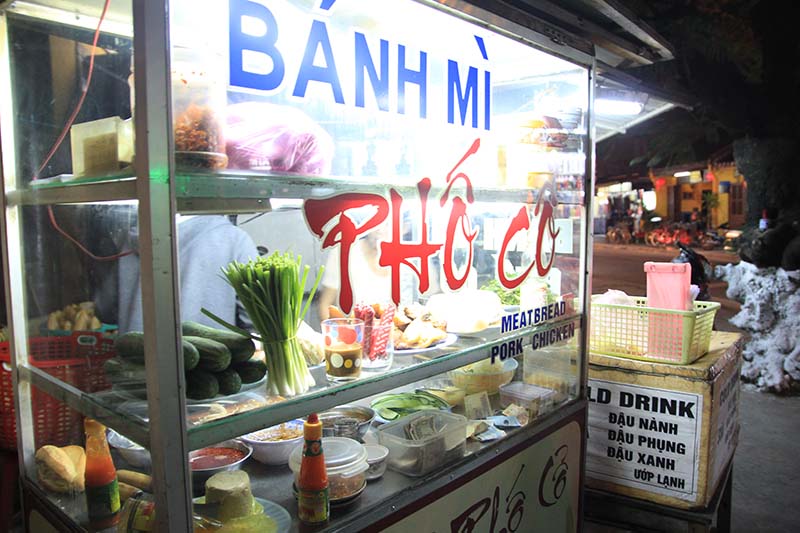 The stall is a top choice for people to have full energy to get their morning started and regain power after long lessons and tiring work. Like other sellers in Hoi An, the owner always keeps their bread warm in a charcoal oven and adds char siu into its fillings instead of cured pork cold cuts. Creamy and meaty pate also contributes to the special taste of their bread. 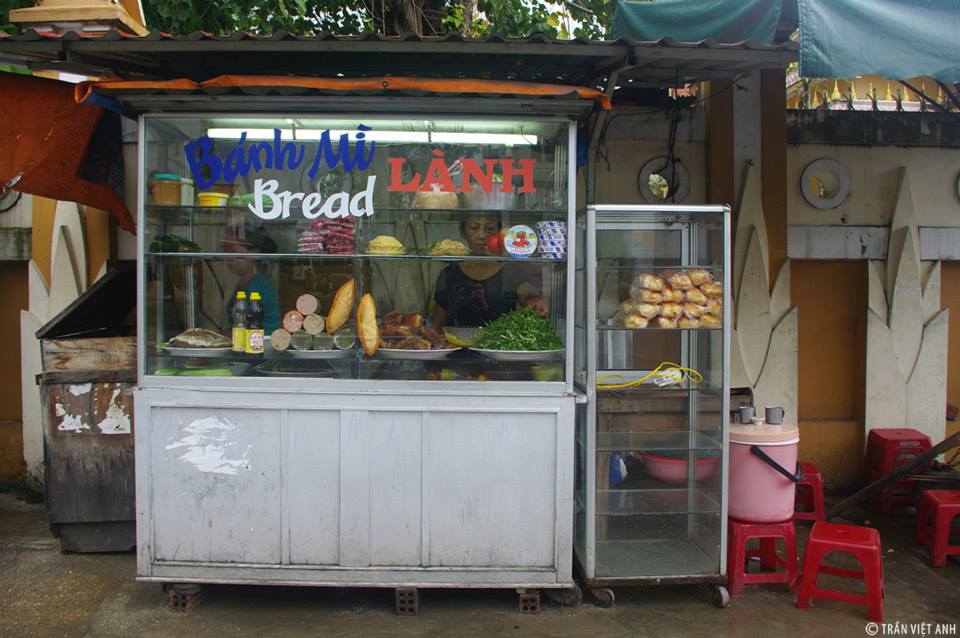 While foreign tourists favour the bread of Banh My Phuong and Madam Khanh, local people prefer the bread made by Ms. Lanh. She has opened the food stall since 1990s. Her secret of making the bread lies on wet pate, which is prepared according to her own recipe. 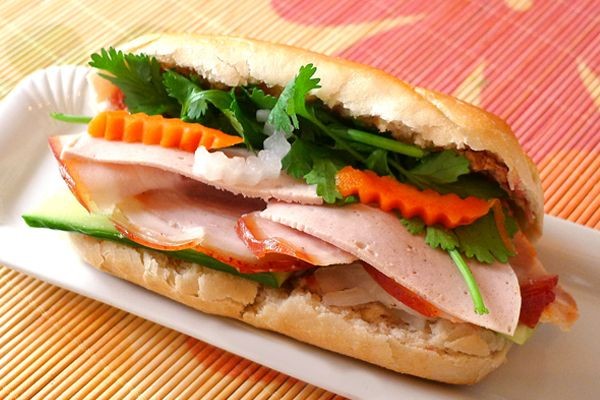 The stall only sells bread with roast pork fillings but no place can compete it. The fragrant pork has a crispy layer of fat under the skin, and is not cut into small pieces to retain its crispness and deliciousness. 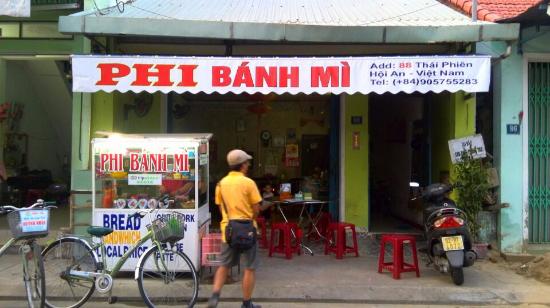 Lots of tourists vote five stars for Mr. Phi’s bread on TripAdvisor site because of its great flavours and fresh ingredients. There are many options for foodies and vegetarians such as chicken sandwich, cheese sandwich and sausage sandwich. The owner also develops his own bread, called Banh my Phi sandwich, which includes cheese, egg, pork and herbs.

It is very hard to say which one is the best because all bánh mỳ stalls have a unique way of making their bread and master the arts of balancing flavours. Therefore, when you are in Hoi An, do not miss out trying all of them!

Want to try other famous Hoi An foods? Check these out!

Eight delicious street dishes you must try in Hoi An

Hoi An and its “mouthwatering” food

It’s much better and easier to have someone taking you around to enjoy Hoi An best street food and know more about the food and local culture, check out Hoi An evening food tour

Tags: hoi an, hoi an bread, hoi an where to eat, vietnamese banh mi