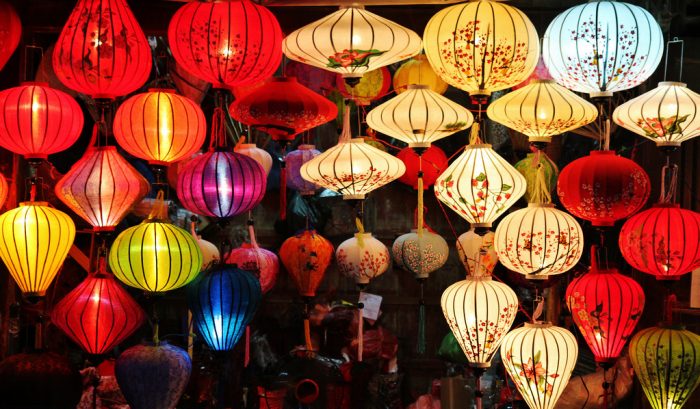 What to explore during hoi an lantern festival

During the night, electricity use in the old quarter is minimized and fluorescent lighting is totally banned, the government bans motorbikes from the narrow streets so that tourists can enjoy a truly magical and charming ancient town with the beauty it has kept for centuries. People also present offerings to shrines and burn incense to pay homage to the deities and ancestors. There will be artistic performances held by the riverside. Tourists can simply enjoy the scene of numerous lanterns sparklingly lightened the town, wandering the streets while soaking up the special atmosphere. It will be among the unforgettable moments in one’s trip to Hoi An.
And they can also partake by sending lanterns down the river. Locals believe that lanterns help deliver good wishes of people releasing them. Elderly ladies or kids sell a lantern for VND 5,000-10,000, equivalent to 25 or 50 cent. Sellers can help tourists lower the lanterns into the river.

Otherwise, visitors can take a sampan boat ride in the river to release the lanterns into the water themselves at a price of around VND 100,000 (USD 5), getting away from the noisy streets. Boats manned by locals lined near the riverbank and are easy to get.

Besides, tourists can watch performances of folk songs by singers dressed in traditional costume and bai choi singing, a type of Vietnamese music bingo game played with chess characters on cards.

Last but not least, local food deserves trying. The best restaurants are local one by the streets with mini plastic stools and tables. Typical specialties of Hoi An are savoury cao lau, banh bao and banh dap , or delicious desserts like banh xoai (mango cake) or xi ma (black sesame pudding).

How to get the best experience during Hoi An Lantern Festival

When does the Hoi An Full Moon Lantern Festival take place? Below is the calendar for Full Moon Night Festival in Hoi An Town. There are 13 lantern festival nights in 2017. 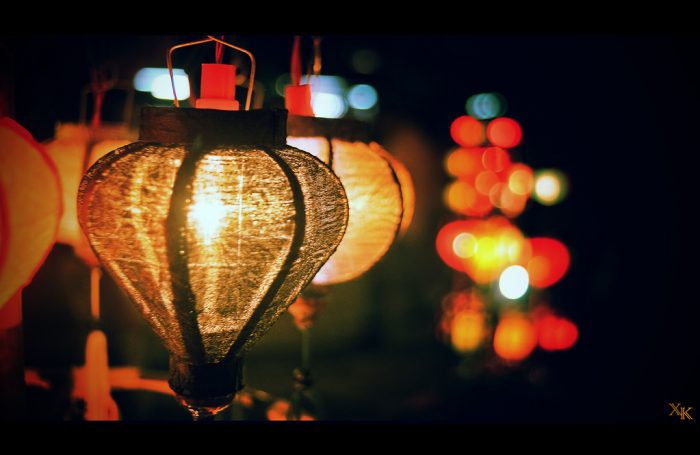 The festivals take place in the old town center where motorized vehicles are banned. So during the 14th in lunar calendar every month, the local government cuts off the electricity in the ancient town and you will see the lights of the colorful lanterns only. Walking along the Hoai river in the area between the Japanese Covered Bridge and the An Hoi bridge, you will see plenty of people there trying to release the paper lanterns to the river for good luck. It’s even stuck on the An Hoi bridge sometimes when people just staying there with their lanterns. You can stand on the river bank around that area or on the second floor of some restaurants on Bach Dang St. or Nguyen Phuc Chu St. to admire Hoi An full moon’s beauty.